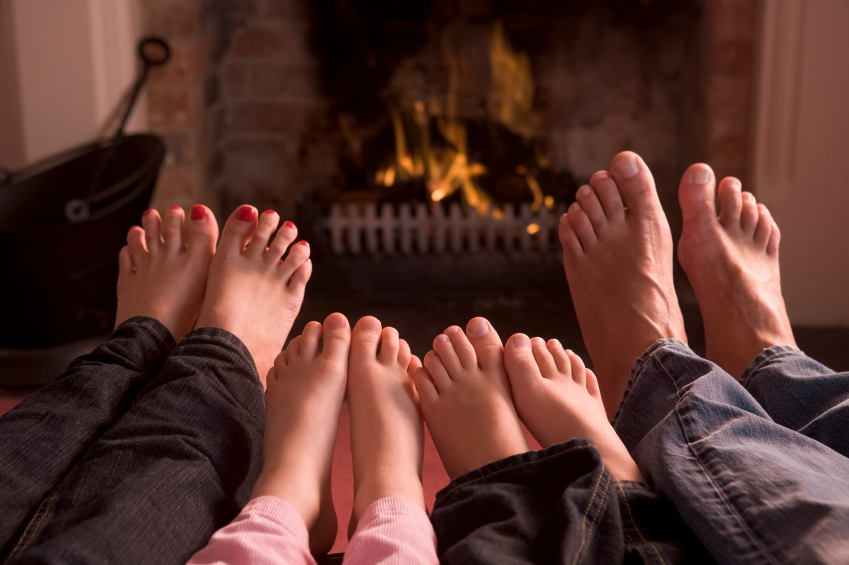 The 2009 International Energy Conservation Code (IECC) has been adopted by over 30 states across the country and aims to increase building energy efficiency through more stringent building codes. One of the provisions in the code is to prohibit the installation of open wood-burning fireplaces in family homes and commercial buildings. We take a look at some implications this may have for the building industry.

The BCAP OCEAN code status website shows that over 30 states have adopted codes that conform to IECC 2009 or better. Adopting the more stringent codes was a pre-requisite for receiving ARRA stimulus act funding. The codes are designed to improve energy efficiency standards for residential and commercial properties in the US. While the code doesn’t prohibit the installation of wood-burning fireplaces, it does require that they not be open. The provision appears in the code as follows:

The code was implemented due to the net heat loss that open fireplaces cause when they pull conditioned air from the home. This air leakage does not meet with IECC standards which is why the ban on open fireplaces appears in the air leakage section. Having a wood-burning fireplace with gasketed doors will help to prevent air leakage.

Code enforcement may differ from one inspector to the next and the implementation of this provision has been amended in many states. In Georgia, some builders may have incurred additional costs as the open fireplace provision has been enforced, while in South Carolina, inspectors may not have been implementing the code. Andy Barber President of the Charleston Home Builders Association: “Any house that has a fireplace that doesn’t meet the criteria of the IECC 2009 is subject to failure of the final inspection. However, in all honesty, most jurisdictions have yet to enforce this measure to date because of the implications.”

Many states have made amendments to provisions in the IECC 2009 that they do not wish to comply with and South Carolina is in the process of amending 402.4.3. “In South Carolina there are ways around this [the 402.4.3 open fireplace code] and it is by legislation. South Carolina handles its energy code by statute and adopts the guidelines under such. The state adopted the IECC 2009 last summer and it went into effect January 1, 2013. That being said, as a law, a bill can be introduced to change it, which is what we have done in the instance of this fireplace issue,” said Andy Barber from the Charleston Home Builders Association.

“The reasoning for our change in the law is based on several factors. The most concern centers around the sealed doors. While the intent of the code is that the fireplace be sealed when not in use is clear to the industry, it may not be clear to the homeowner. Our fear is that the fireplace will be operated with the doors closed. Independent test have shown that the heat generated in that condition could cause failure of some manufactured units and untimely deterioration of masonry units. The question now is how do we seal the fireplace when not in use? Several code officials have suggested a variety of items from large fireplace covers that would be removed to use the unit, red decals on the doors that tell the homeowner to leave the doors open during a fire and better designed dampers and flue systems. We went the damper and flue route due to the backlash of problems with the aesthetics of the covers and removability of the decals,” said Andy.

When installing an open fireplace in your next build, ensure that your state has an amendment to the open wood-burning fireplace provision and that your hearth complies with the code requirements. If you are concerned with energy efficiency, consider other types of fireplaces or inserts.