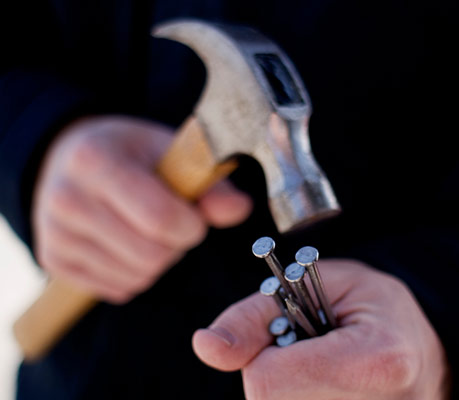 Arguably one of the most important components of any building is the nail. And while it is pivotal to the success of every building, how much do you really know about the common nail?

In general, nails are sized by the length and diameter of the wire used to make the nail but there is no rule that mandates what wire size a manufacturer has to use to make a certain size nail. The National Design Specifications For Wood Construction (NDS) does have specific length and diameter sizes for most common nails used for framing.

131” in diameter is about 16% bigger in diameter than .113” so the NDS specs would be stronger unless the producer could test the .113 and show the same strength as the .131. In this case, the producer would likely indicate that fastener meets NDS requirements.

Bottom line: framing nails should be specified by both NDS 8d common and provide the length and diameter the designer intended for the connection.