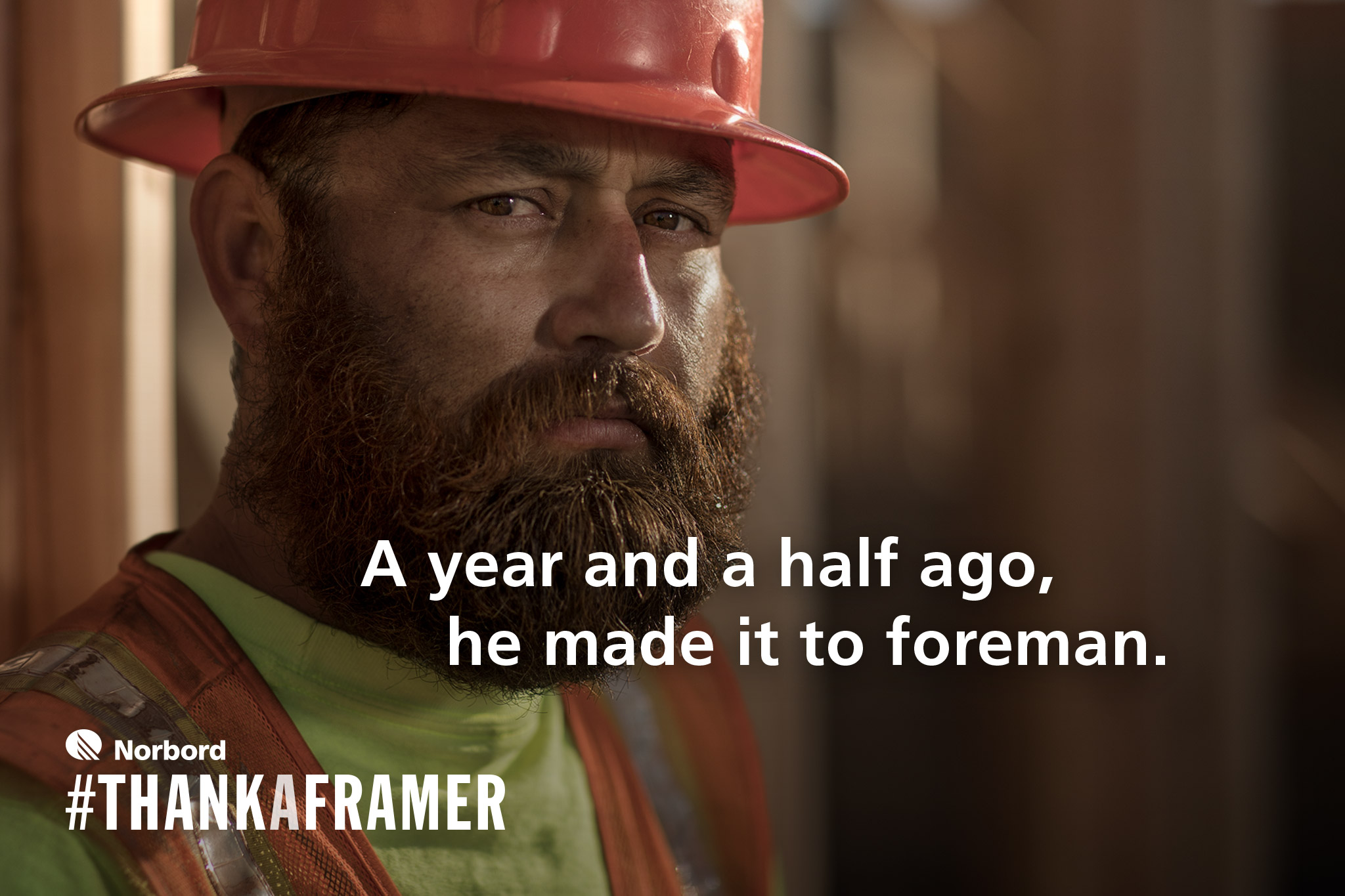 Alex began framing in 1999 right out of high school. He’d been considering a number of careers as well as joining the Navy, but he hadn’t found a good fit. While he made up his mind, he got a job with a friend who had been working in the framing industry for three years. He took to it like a duck to water and he’s never looked back.

Being a framer allowed him to start making money right away, so he could help his dad with the bills. He entered the industry without formal training as so many construction professionals do. After learning the trade and being a framer for three years, he became a crew leader. A year and a half ago, he made it to foreman.

Alex finds so many advantages to being a framer. He likes working outside and being able to talk with other people. The work is very rewarding. When he drives around his neighborhood, he sees homes that he’s built. He shows off the homes to his kids because is proud to be shaping their community and, together with the other framers, he is building America.

The company he works for treats him well and appreciates the work he does. Alex finds this a rewarding career and he can’t think of any disadvantages to being a framer.

Being a framer can be challenging; labor shortages and constantly changing building codes means he has to learn new things and stay ahead of the game. The construction industry is constantly evolving, with buildings becoming stronger and safer all the time, while building materials and tools advance too. Technology is also starting to play an integral role in building and so Alex has to evolve too.

Alex would encourage anyone who thinks they may be interested in framing to give it a try. It won’t take long for you to know if framing is the right career for you. Ask questions and try new things. People who are eager to learn and are dedicated will be successful. Framing is a physical job until you reach a management position, so be ready to work hard. Alex enjoys having the weekends off to spend time with his kids.

Alex Duenas was featured in our ThankAFramer video