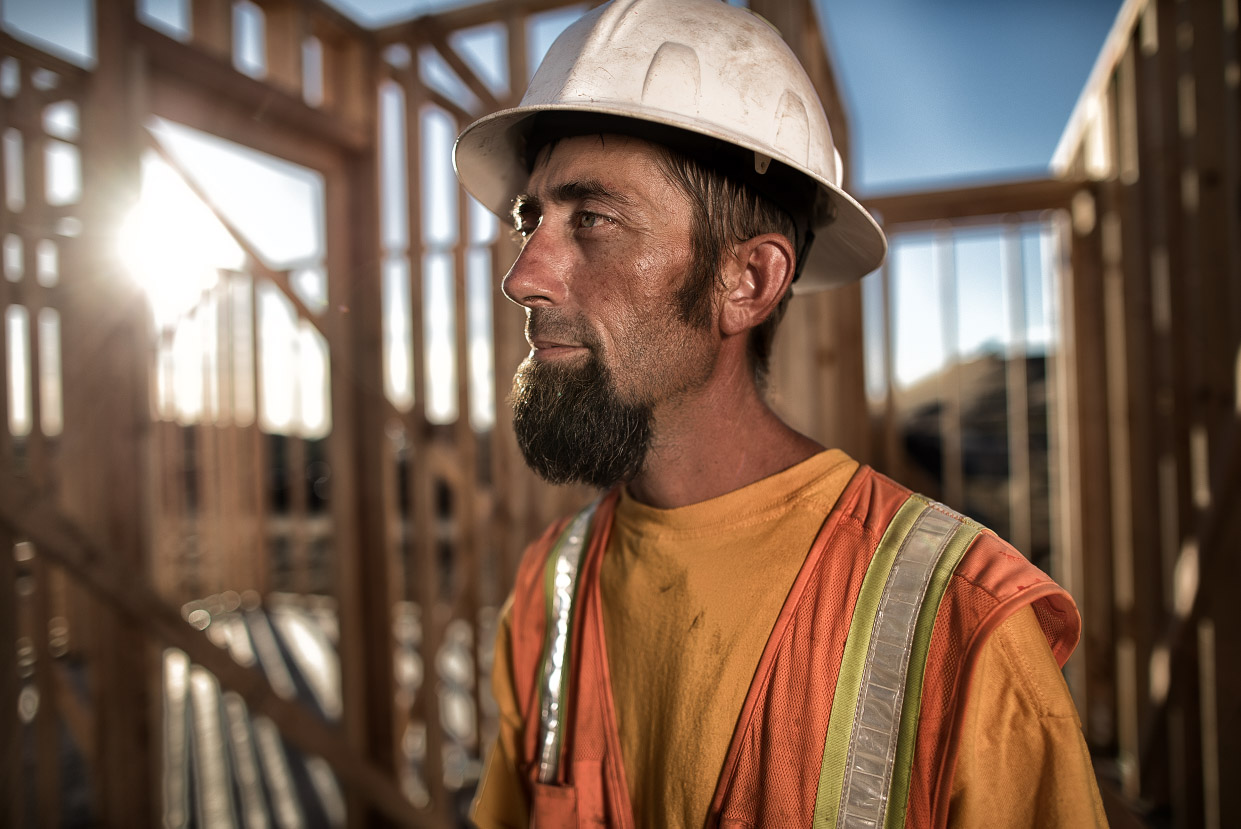 Zeb Gaw decided to get into the framing industry after being out of high school for just one week. “You can only sit around for so long,” he smiles. His father was a framer, and Zeb followed in his footsteps. There was a big construction boom at the time. After his first paycheck, Zeb decided to build a career in framing rather than going to college and taking on debt. He has now been a framer for 15 years.

For someone considering being a framer, Zeb suggests spending a summer trying it out. “You’ll know at the end of the summer if the work is for you,” and he added. “Then shoot for getting a contractor’s license, which will help you get a good industry background. Don’t be afraid to get your hands dirty and be hands on.”

Zeb started at the bottom—doing jobsite cleanup and removing the braces used to temporarily hold up walls. He slowly picked up skills and started building houses. After about six years of being on jobsites, the economic downturn hit and he went to work for Tuff Shed. Houses weren’t being built, but people were moving in with their parents and needed a backyard shed for storage. Zeb has since returned to building houses and now works at Timberworks Construction. He is a foreman and has oversight of about 10 framers.

“It can be stressful as a foreman because I am responsible for other people’s work and how they use tools and materials,” Zeb said. Also, he must be sure all the building codes are met and that all parts of the home have been completed.

Zeb enjoys working outside, seeing sunrises and sunsets and creating homes with his own two hands. The work provides a sense of accomplishment that he shares with his son (7) and daughter (10). Framing keeps him physically fit too; “I don’t have to go to the gym!” he jokes.

When discussing challenges, Zeb says the industry needs to find additional quality workers. Zeb welcomes more diversity in the workforce including women. People are needed who have a good work ethic and are willing to put in extra effort to get a project finished.

Framers also need to keep the jobsites clean. New environmental codes are focused on preventing ground and water pollution by regulating lumber storage on the jobsite, water runoff, and soil being spread into the streets.

The framing industry occasionally faces challenges in working with other trades such as the HVAC contractors. For example, the framing necessary for architectural elements such as a curved kitchen soffit can interfere with the placement of HVAC equipment. The trades need to work together to find solutions to these challenges.

Zeb Gaw was featured in our ThankAFramer video