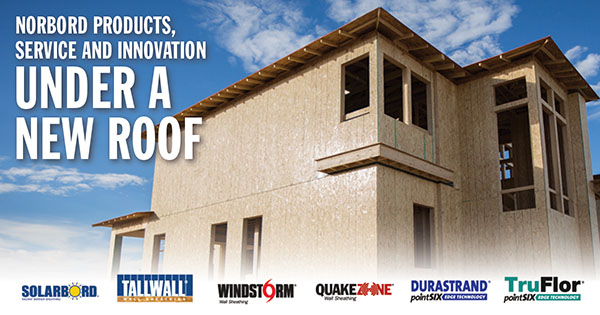 “Today marks a new era for all West Fraser employees and shareholders with the completion of the Norbord transaction. The combination of two top-calibre employee teams manufacturing sustainable products that are essential for a low-carbon economy positions West Fraser well going forward,” said Raymond Ferris, President and Chief Executive Officer of West Fraser.

Management and Board Changes

The Norbord Shares will be delisted from the NYSE prior to commencement of trading today, with delisting from the TSX expected to follow at the close of markets on February 2, 2021.

Norbord Shareholders who have questions or require assistance with submitting their Norbord Shares may direct their questions to AST Trust Company (Canada), by telephone at (416) 682-3860 or (toll free in North America) at 1 (800) 387-0825, or by email at inquiries@astfinancial.com.

Following completion of the Transaction, Norbord became a wholly-owned subsidiary of West Fraser. Norbord is a leading global manufacturer of wood-based panels and the world’s largest producer of oriented strand board (OSB). In addition to OSB, Norbord manufactures particleboard, medium density fibreboard and related value-added products. Norbord has assets of approximately $2.1 billion and employs approximately 2,400 people at 17 plant locations (15 operating) in the United States, Canada and Europe.

NOTE REGARDING FORWARD-LOOKING STATEMENTS AND INFORMATION

Certain of these factors are identified under the captions “Risk Factors Relating to the Arrangement and West Fraser” in the management information circular of West Fraser, dated December 15, 2020 and sent to holders of West Fraser Shares in connection with the Transaction and “Risks Relating to the Arrangement and the Combined Company” in the management proxy circular of Norbord, dated December 15, 2020 and sent to Norbord Shareholders in connection with the Transaction. Although West Fraser and Norbord have attempted to identify important factors that could cause actual results to differ materially, there may be other factors that cause results not to be as anticipated, estimated, described or intended. Investors are cautioned against undue reliance on forward-looking statements or information. Forward-looking statements and information are designed to help readers understand management’s current views of the company’s near and longer term prospects and may not be appropriate for other purposes. West Fraser and Norbord do not intend, nor do they assume any obligation, to update or revise forward-looking statements or information, whether as a result of new information, changes in assumptions, future events or otherwise, except to the extent required by applicable law.