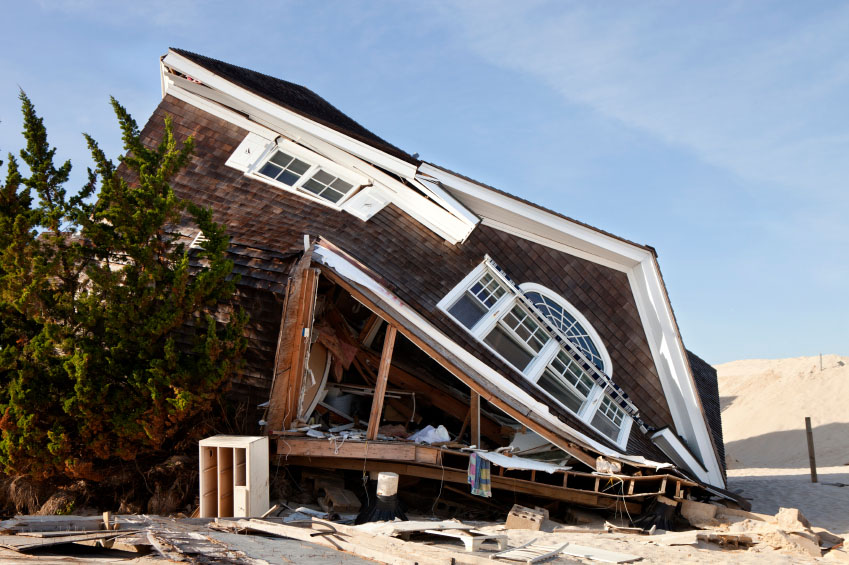 levels and climate change had created a need to improve defenses against flooding. One of the most important ways to do so will be through the restoration of sand dunes along the coast. Sand dunes help to mitigate the effects of flooding during storms and, according to Dr. Phillip Orton who consulted on the report, the restoration and expansion of sand dunes “is a proven method of effectively reducing flooding. It had a huge positive influence on areas along open shores during Sandy.”

For many residents of New York and New Jersey, hurricane Sandy was the wakeup call needed to take real action against rising sea levels and the threat of severe storms. While the prognosis is dire, Mayor Bloomberg outlined the city’s plans to prevent damage from flooding and high winds in the future: “Our city will be much more vulnerable to flooding in the decades ahead…We expect that by mid-century up to one-quarter of all of New York City’s land area, where 800,000 residents live today, will be in the floodplain. If we do nothing, more than 40 miles of our waterfront could see flooding on a regular basis, just during normal high tides… [Hurricane] Sandy cost our City $19 billion in damages and lost economic activity. And we now forecast that a storm like Sandy could cost nearly five times that much by mid-century—around $90 billion.”

Part of the comprehensive plan to protect against flooding and storm damage revolves around restoring and expanding the area’s natural sand dunes, oyster reefs and wetlands. These natural flood prevention methods were favored over building sea walls which would take decades and cost an estimated $25 billion. Sea walls also have dire hydrodynamical effects on the shoreline.

Dr Orton explains how these effects could negatively affect the city: “The fluid dynamics is a definite reason for not building barriers in the harbor. Any barrier raises the flood level somewhere else some amount. At Stevens Institute, we’ve run models and quantified the storm surge increase off of hypothetical barriers due to the reflection of the storm surge back out to sea. Since we’re right next to the open ocean, the extra water radiates out to sea and the storm surge increase is not actually that large. But even a decimeter is still too much for some high-risk, low-lying neighborhoods to find it palatable.”

Despite the positive influence of these natural flood prevention methods, some of the low-lying neighbourhoods are slated to be under six feet of water by the end of the century. Governor Cuomo has proposed a buy-out plan that compensates residents and acquires property that can be used for further sand dune and wetland development.